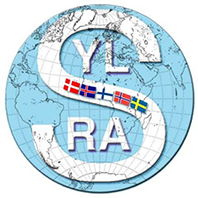 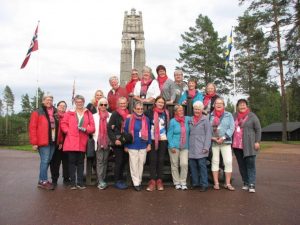 In 1968 Swedish and Norwegian radio amateurs decided to start an amateur radio station in a cottage on the border between Sweden and Norway. Unusually, it had both a Swedish (SJ9WL) and a Norwegian (LG5LG) call sign.
The name Morokulien is a compound word of the Norwegian word "moro" and the Swedish word "kul" for fun. The last ending "ien" means "in one" (the two words in one) and this became the name of the state Moro-kul-ien. The location got its name in the Autumn of 1959 when Norwegian Broadcasting and Swedish Radio used it in the programme "Across all borders".
The location of the amateur station is unique, because this is probably the only amateur station worldwide which is operating from the border-line between two countries.
Morokulien is a "ham-state" on the border between Norway and Sweden. The special callsign for the Norwegian side is LG5LG, and the special callsign for the Swedish side is SJ9WL. If you as a ham-operator are visiting Morokulien for several days you will have to change call-sign between LG5LG and SJ9WL every other day..
The station is open for rent to all license radio amateurs. Rental income is used to maintain and operate the HAM-station, which is heated and wheel-chair friendly. All you have to bring is bedding and food. An impressive array of antennas and rigs makes operating on all bands and modes possible. It is an opportunity to experience a real pile-up from the most known HAM-station in the world. http://www.sj9wl-lg5lg.com/text1_2.html
During SYLRA (Scandanavian Young Ladies Radio Amateurs) annual meet 2019, the ladies operated at amateur radio station in Morokulien. 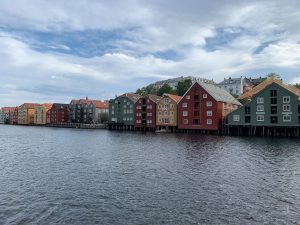 SYLRA annual meet September 5 – 8, 2019 was at Lillestrøm, 18 km (11 miles) northeast of Oslo, the capital of Norway.
After the meeting several delegates took the optional trip (Sept. 9th to 15) on a ship traveling along the coastside of Norway. The Hurtigruten’s ship, «Trollfjord» sailed from Bergen (in the south), cruising along the coast north to Kirkenes, with stops along the way, arriving Sunday morning, September 15th.

September 10 - Andreas & Eva. activate SOTA summit LA/HL-019 Løvstakken, one of the local mountains of the city of Bergen, Norway [wiki - Løvstakken is one of the Seven Mountains that surround the center of the city of Bergen 477-m /1,565 ft]
September 11 - On the way from Bergen to Kirkenes onboard ship MS Trollfjord. 3 hour stop-over in the harbour of Trondheim, so short activation of SOTA summit LA/ST-009 Gråkallen - 552m high, 12 km away from the ship's port. The taxi driver was so kind to wait one hour for us at the parking...
Trondheim is the third most populous municipality in Norway. The city is dominated by the Norwegian University of Science and Technology (NTNU), the Foundation for Scientific and Industrial Research (SINTEF), St. Olavs University Hospital and other technology-oriented institutions. Founded in 997 as a trading post it served as the capital of Norway during the Viking Age until 1217.

Sept 12 During our 2 hour stop-over in Bodoe today we wanted to activate an all time new one (never activated) SOTA summit LA/NL-130 Junkerfjellet - 283 m high. Unfortunately no free taxi was available at the ship's port. After more than 30 minutes waiting our time slot melted away.
· We passed the Artic Circle, position 66°33′47.8″ north of the equator, on our way to Kirkenes, Norway. Only about 2000 km away from the north pole.
Sept 13 Quick visit of the city of Tromsø, also known as the "Paris of the North", located 350 kilometres north of the Arctic Circle.
Sept 15 · Honningsvåg, Norway · Nordkapp-North Cape 71° 10'21 " Stopped at.
15/9/2019 HB9FPM Eva - Great evening on board of MS Trollfjord: The 1st radio officer introduced us into the secrets of radio communication on board; between ships, lighthouses, repeaters and other naval points of importance.
I (Eva) had the chance to tell the audience of some highlights of the SOTA (summit on the air) programme. Most questions that came up were about the antennas used on mountain peaks.
(15/9/2019) HB9FPM Eva - The radio club LA2K in Kirkenes is existing since 1952.
Today we have been their first visitors from abroad. On behalf of our small group we are thanking Uno LA4YUA, Jens (LA callsign pending) and Linda (XYL/wife of LA4YUA) for their outstanding hospitality and transport from and to our hotel.
[Qrz - LA2K Kirkenes groupe of NRRL (Norwegian Radio Relay League), are a small radio group, around 10 active members. Located in north east Norway, only 6 km from the Russian border line.]

Sept 16 Strong rain and arctic wind during the hike up to SOTA summit LA/FM-406 Bohkkoaivi (first activation) but stunning view from top.

September 17 · The access to the trail was not easy to find as all around was locked by high fences for reindeers. Finally an elder and friendly lady showed us the right way by walking ahead up to the summit SOTA LA/FM-410 Oskarsvarden (Gielkkáidoaivi) - first activation. We enjoyed the "mystic spirit" of this unusual hill, located around 150 km west of Kirkenes.

Sept 17 traveling to Stockholm, Sweden from Oslo Airport
Trondheim, Norway
HB9FPM Eva and HB9JOE Andreas Thiemann are both SOTO Mountain Goats and the explanation below may explain their focus on mountains while travelling. 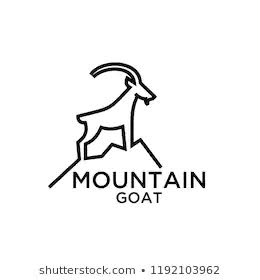 SOTA (Summits on the Air)
SOTA is an award scheme for radio amateurs that encourages portable operation in mountainous areas. Summits are awarded points depending on height and difficulty of ascent.Various scores equate to different awards, leading to the prestigious "Mountain Goat" and "Shack Sloth" trophies.
At 1,000 points Activators achieve "Mountain Goat" status and Chasers/SWLs are "Shack Sloths". Achieving "Mountain Goat" and "Shack Sloth" status requires considerable dedication and effort
mountain-goat-line-logo-icon-260nw-1192103962.webp
In September 2016 a new organization was formed URI - Unione Radioamatori Italiani (Italian Amateur Radio Union) and our Italian YL sister IZ0EIK Erica Sanna included the yl.beam in the 1st edition of QTC Oct 2016 – 3 years ago! Thank you Erica and U.R.I. For your support of Amateur Radio and YLs - Happy 3rd Birthday.
URI's monthly (news magazine) Rivista QTC = message in “Q” codes
[The Q-code is a standardized collection of three-letter codes all of which start with the letter "Q". An operating signal initially developed for commercial radiotelegraph communication and later adopted by other radio services, especially amateur radio. ]